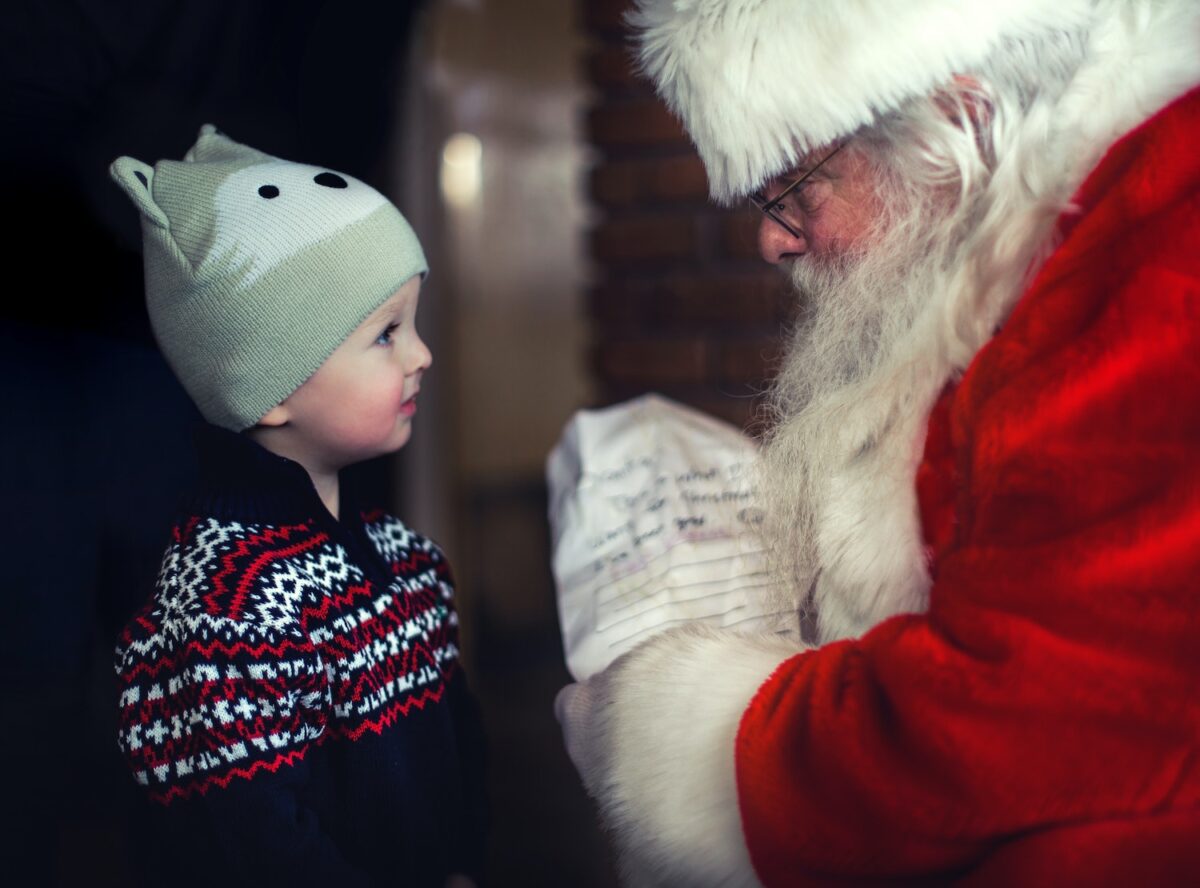 We’ve all been there… our eyes open to the sound of our child upset because they’ve crawled out of bed, only to discover that their elf hasn’t moved. We scramble to come up with the reason why, in the same way, that we answer most of their questions about Santa fitting down the chimney, reindeer who fly, and how toys are made at the North Pole. So, we’re here to help. Here are a few answers to the questions you may be facing this year.

WHEN YOUR ELF DOESN’T MOVE AT NIGHT:

He fell asleep waiting for you to go to sleep…

I think that I heard the TV last night- I bet he was watching a show and by the time it was over, he heard us waking up and couldn’t move.

You woke up too early.  This is why I ask you to stay in bed until 7:00 because he doesn’t get home from the North Pole until just before 7.

You’re right, he didn’t move, but I see crumbs on the counter, so I bet that he had a snack and then went back to his spot and forgot that he had already been there!

HOW OLD IS SANTA:

No one knows for sure, but we do know he is very old. Luckily, Santa’s magic lives forever, so even though his hair is white and his beard is very long, he will still be able to fly with his reindeer and deliver gifts to kids forever.

IS THE SANTA A THE MALL THE REAL SANTA:

The Santa at the mall is Santa’s helper. All of Santa’s helpers report back to him, just like your elf does, so you can still tell him what you want for Christmas, and he still knows if you’ve been naughty or nice. The reason the real Santa can’t come to the mall is that he’s very busy preparing for Christmas Eve, getting the reindeer ready, ensuring his sleigh is working well, and of course overseeing the toy making.

WHEN THEY ASK HOW REINDEER FLY:

Only very very special reindeer who are from the North Pole can fly. All of the reindeer who pull Santa’s sleigh are the most well-trained reindeer in the world.

WHY DOES SANTA HAVE THE SAME WRAPPING PAPER AS MY PARENTS?

Santa sees everything, so when he finds out which wrapping paper your family is using he likes to match the gifts he’s bringing to you with it. This not only helps him keep everything organized but also helps keep his magic a secret!

We hope this helps you with a few of the most commonly asked questions around this time of year. When the questions stop from the little ones, you may want to turn it around and play a little game of holiday-themed trivia with them. There are a number of sources of information and questions on the web that you can search for to create your own game and rules, but here are a few of our favorites.

Here are a few sources for you to find more:

If you’re looking for a more detailed version of the legend of Santa Claus and how the story evolved into shopping mall Santas, flying reindeer and so much more, take a look below at history.

“The legend of Santa Claus can be traced back hundreds of years to a monk named St. Nicholas. It is believed that Nicholas was born sometime around 280 A.D. in Patara, near Myra in modern-day Turkey. Much admired for his piety and kindness, St. Nicholas became the subject of many legends. It is said that he gave away all of his inherited wealth and traveled the countryside helping the poor and sick. One of the best-known St. Nicholas stories is the time he saved three poor sisters from being sold into slavery or prostitution by their father by providing them with a dowry so that they could be married.

Over the course of many years, Nicholas’s popularity spread and he became known as the protector of children and sailors. His feast day is celebrated on the anniversary of his death, December 6. This was traditionally considered a lucky day to make large purchases or to get married. By the Renaissance, St. Nicholas was the most popular saint in Europe. Even after the Protestant Reformation, when the veneration of saints began to be discouraged, St. Nicholas maintained a positive reputation, especially in Holland.

Gift-giving, mainly centered around children, has been an important part of the Christmas celebration since the holiday’s rejuvenation in the early 19th century. Stores began to advertise Christmas shopping in 1820, and by the 1840s, newspapers were creating separate sections for holiday advertisements, which often featured images of the newly-popular Santa Claus. In 1841, thousands of children visited a Philadelphia shop to see a life-size Santa Claus model. It was only a matter of time before stores began to attract children, and their parents, with the lure of a peek at a “live” Santa Claus. In the early 1890s, the Salvation Army needed money to pay for the free Christmas meals they provided to needy families. They began dressing up unemployed men in Santa Claus suits and sending them into the streets of New York to solicit donations. Those familiar Salvation Army Santas have been ringing bells on the street corners of American cities ever since.

Rudolph, “the most famous reindeer of all,” was born over a hundred years after his eight flying counterparts. The red-nosed wonder was the creation of Robert L. May, a copywriter at the Montgomery Ward department store.

In 1939, May wrote a Christmas-themed story-poem to help bring holiday traffic into his store. Using a similar rhyme pattern to Moore’s “‘Twas the Night Before Christmas,” May told the story of Rudolph, a young reindeer who was teased by the other deer because of his large, glowing, red nose. But, When Christmas Eve turned foggy and Santa worried that he wouldn’t be able to deliver gifts that night, the former outcast saved Christmas by leading the sleigh by the light of his red nose. Rudolph’s message—that given the opportunity, a liability can be turned into an asset—proved popular.

Montgomery Ward sold almost two and a half million copies of the story in 1939. When it was reissued in 1946, the book sold over three and a half million copies. Several years later, one of May’s friends, Johnny Marks, wrote a short song based on Rudolph’s story (1949). It was recorded by Gene Autry and sold over two million copies. Since then, the story has been translated into 25 languages and been made into a television movie, narrated by Burl Ives, which has charmed audiences every year since 1964.”